Editor’s note: South Africa is the first country in Africa to sign a cooperation document under the Belt and Road Initiative (BRI). It has also witnessed historic moments on the continent, as the country hosts events under the Forum on China-Africa Cooperation and BRICS. In today’s episode of My China Account, CGTN’s Lindy Mtongana tours China-South Africa joint ventures and training programs as they locate and tighten ties over the years.

China and South Africa officially established diplomatic relations in 1998, ushering in a new era of trade, commerce and investment.

As a native South African, I am amazed at how quickly my country has changed since I was born.

We decided to go on a trip through South Africa. It took us to different communities of South African and Chinese people. They shared how they meet and cooperate, with a common future in mind.

In March 2013, Chinese President Xi Jinping offered key principles for addressing China-Africa relations during his first visit to Africa since assuming the presidency. He emphasized treating Africans with sincerity and achieving concrete results in cooperation.

We started exploring this win-win cooperation from the South African port city of Gqeberha. It is located along the southern coast of the Eastern Cape Province.

Rows of factories dotting the coastline indicated that we had arrived in South Africa’s first Special Economic Zone – Coega. Here is the FAW assembly plant.

Since its launch in 2014, the plant has produced 9,000 vehicles, supplying more than 10 countries in Eastern and Southern Africa.

The Chinese FAW, which stands for First Automobile Works, is well received not only in South Africa, but across the continent. The trucks produced here fulfill a viable role in adapting to the varied terrains and long distances of Africa.

While exploring the FAW showroom, we came across an employee named Lucas Nakeng.

Lucas worked for FAW South Africa for nine years and is now a Sales Support Supervisor. As a local, he understands what it’s like to go on rigorous travels in Africa.

As I got into his truck for a test drive, he told me that the trucks could perform various types of operations and haul heavy loads with ease. An opinion that seems to resonate among the many discerning consumers on the continent. 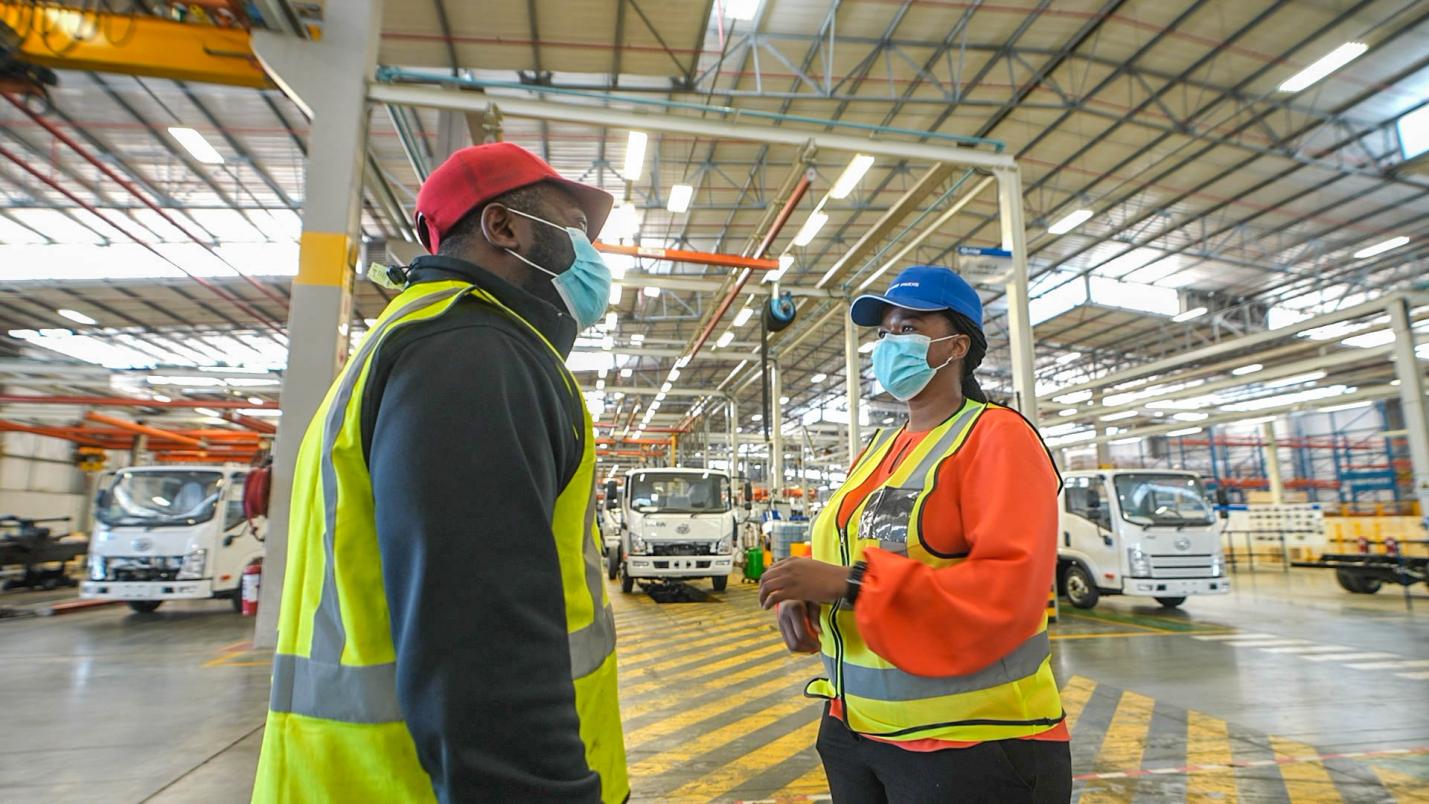 A floor supervisor at FAW’s assembly plant in South Africa demonstrates the daily routine of the production line. /CGTN

A floor supervisor at FAW’s assembly plant in South Africa demonstrates the daily routine of the production line. /CGTN

FAW’s $40 million assembly plant here produces about 200 trucks a month and has gradually ramped up output as demand increases.

We then traveled to FAW’s South Africa headquarters in Johannesburg, just in time to celebrate their new sales record.

“FAW trucks have become a household name in South Africa and have firmly established themselves in the local commercial vehicle market,” said Li Yongjun, Managing Director (CEO) of FAW South Africa. He added that their products are not only durable and affordable, but also able to withstand South African market conditions. 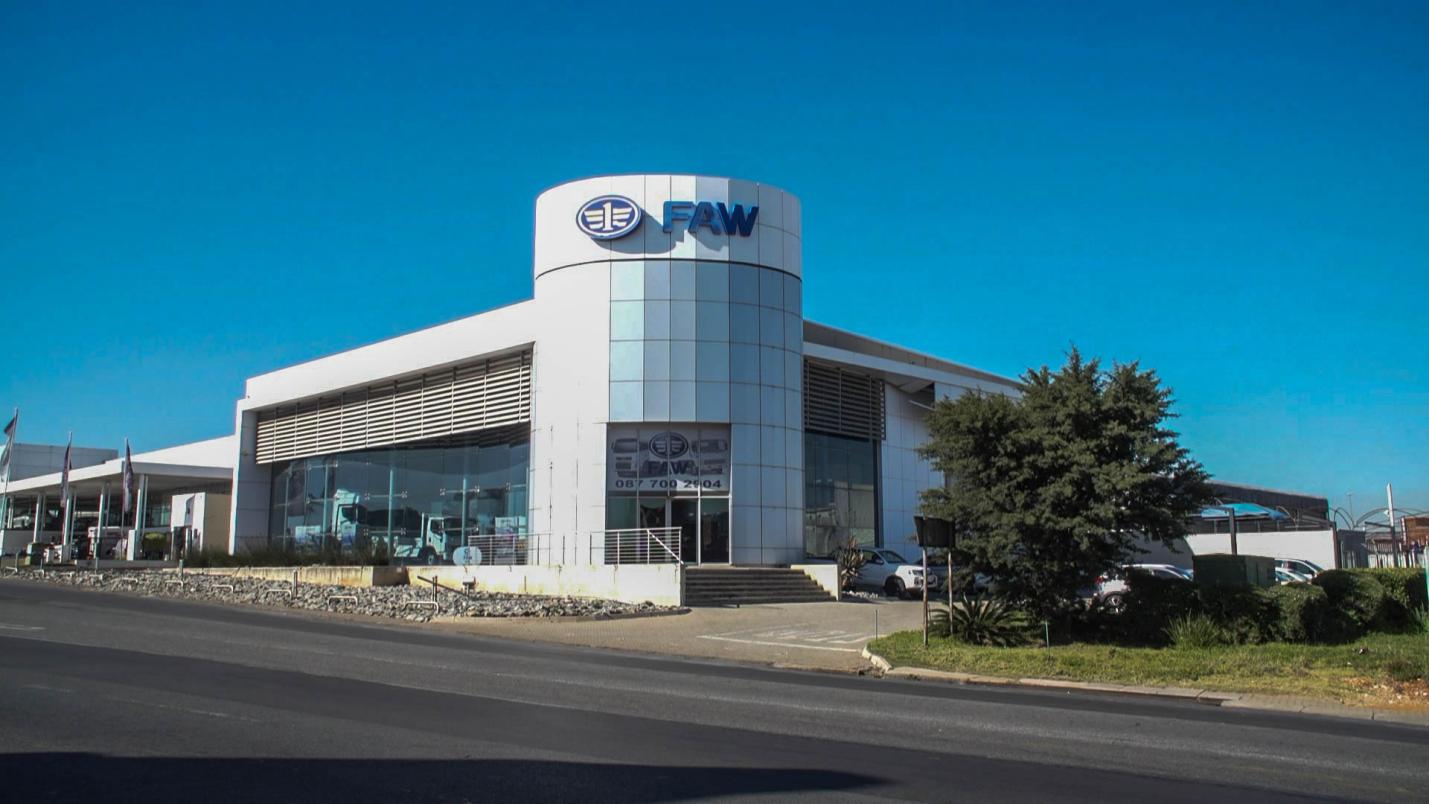 The Chinese automaker has built a solid reputation, constantly adapting and responding to local needs.

But on a larger scale, it contributed to the rise of the automobile industry. It also helped transform many previously unemployed and unskilled young people into skilled industrial workers.

Our next destination was in another industrial park about 800 kilometers away in the Western Cape Province of South Africa.

The area is known for its spectacular views and sights. But beneath the picturesque landscapes, it struggles.

Named after the legendary lost civilization, the city of Atlantis is a forgotten industrial Mecca. The vast tracts of unused industrial land bear witness to a once thriving manufacturing hub in the 1970s. Today, plagued by years of high unemployment, residents of Atlantis say job security is still a daily concern.

Local resident Shade Werth estimates that one person in every household works in her community. That, she says, is not enough to support a household of up to seven members.

Hisense, a Chinese appliance and electronics manufacturing giant, set up its factory here in 2013. It was a time when most factories in the region had closed, unemployment was nearing 50% and international investors were hesitant to invest here. Hisense has opened its doors and supported hundreds of jobs over the years.

Shade was among the first to find a job at the Hisense factory. Growing up in Atlantis, Shade says all she wanted was a job close to home, and Hisense delivered. 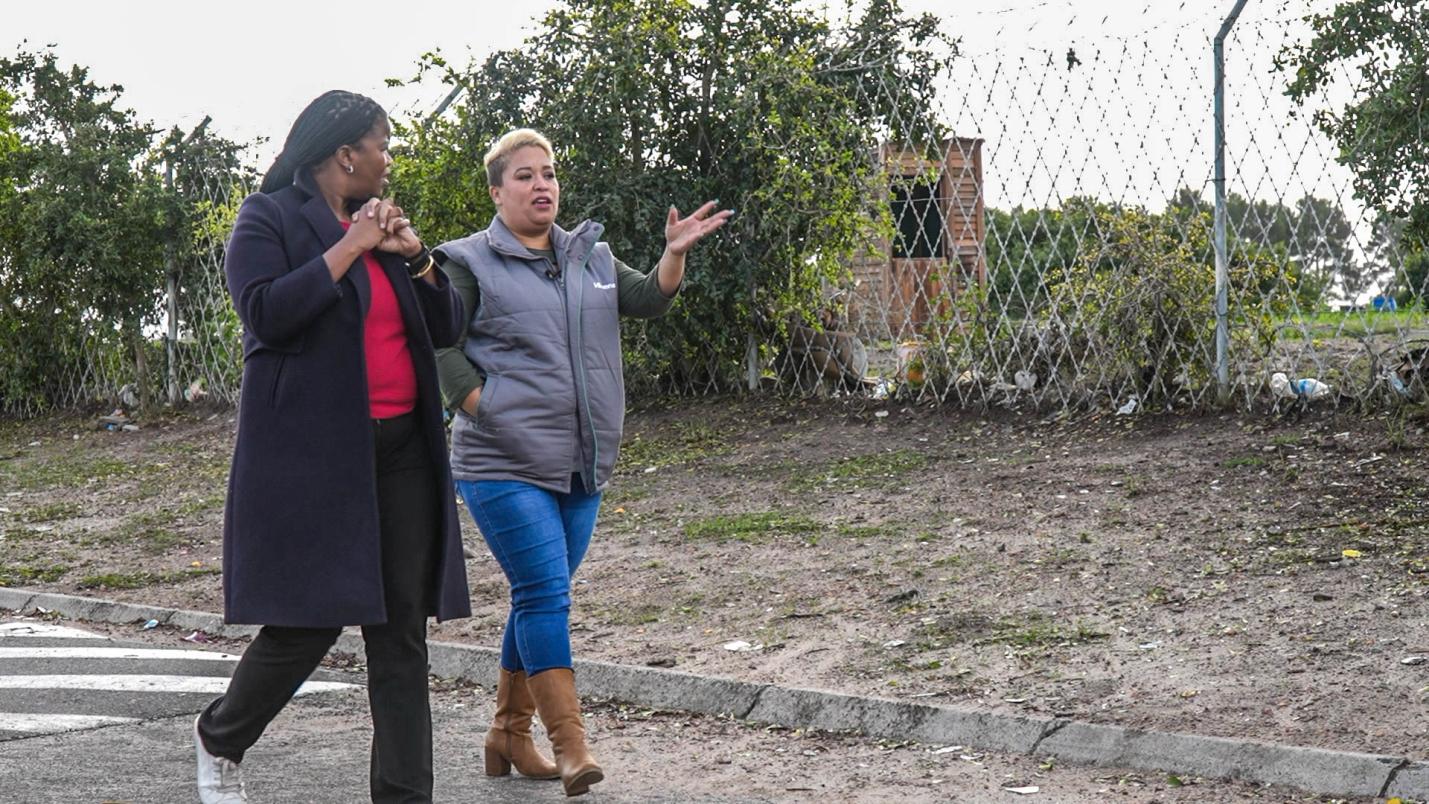 Shade Werth, employee of Hisense, presents the neighborhood where she grew up in the city of Atlantis, in the Western Cape Province, South Africa. /CGTN

Shade Werth, employee of Hisense, presents the neighborhood where she grew up in the city of Atlantis, in the Western Cape Province, South Africa. /CGTN

The once gloomy picture is countered by a mood of optimism among residents who now see more opportunity.

In March 2022, Hisense South Africa saw its first shipment to the UK. This marked the start of a global manufacturing and exporting strategy.

According to Jiang Shun, deputy general manager of the Hisense factory in South Africa, they aim to further expand their business outside of South Africa to account for half of their total business.

As a result, Hisense has contributed to export-led economic growth, technology transfer and job creation. 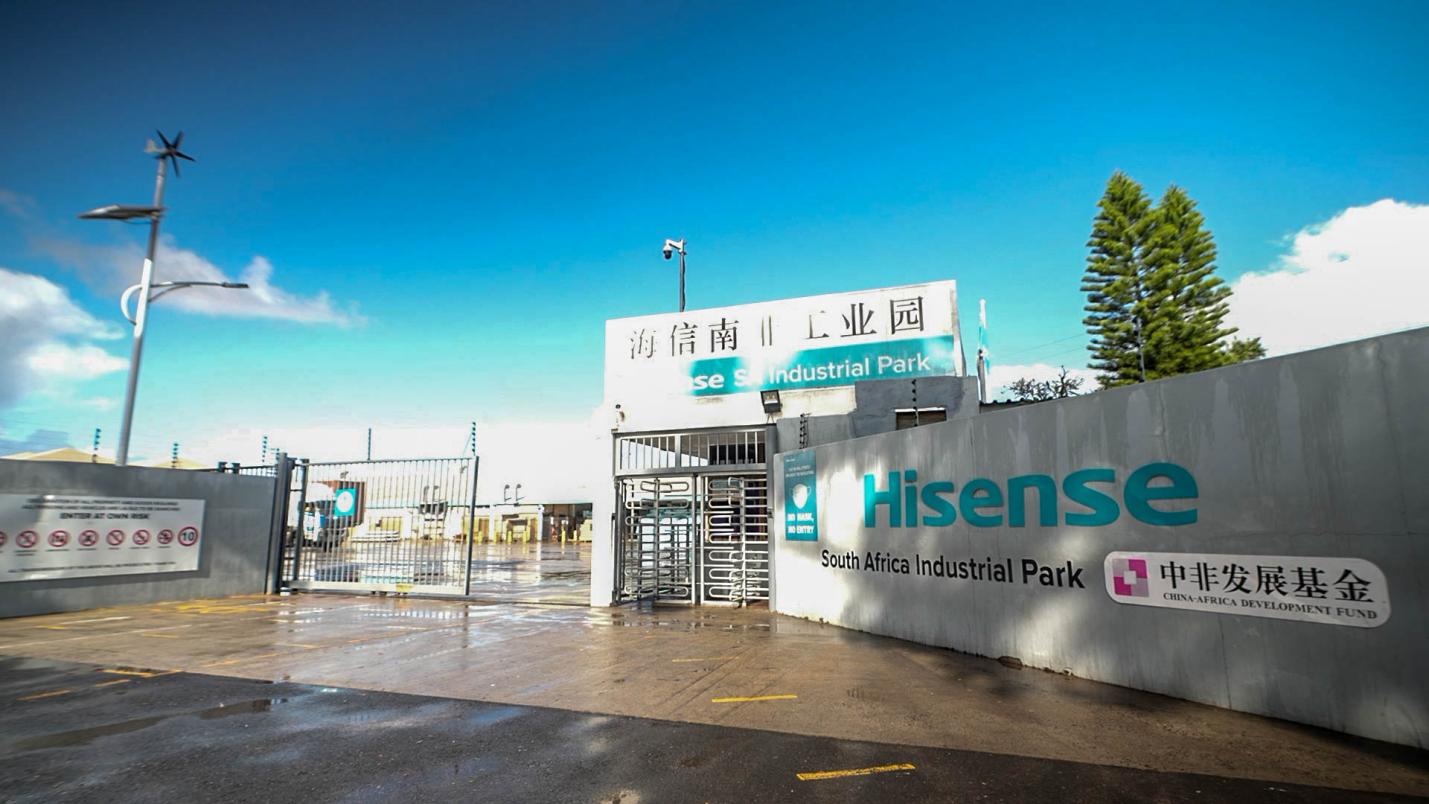 Hisense South Africa’s factory is located in the city of Atlantis in the Western Cape Province of South Africa. /CGTN

Hisense South Africa’s factory is located in the city of Atlantis in the Western Cape Province of South Africa. /CGTN

This industrial park is one of the first companies in South Africa to become part of China’s Belt and Road Initiative (BRI), a project that is also looking to the future. And the future is in its youth.

At the Beijing summit of the Forum on China-Africa Cooperation in September 2018, President Xi said that China will set up 10 luban workshops in Africa. This would be to provide vocational training to young Africans. Xi also pledged to expand opportunities for student exchanges and communication.

Named after a renowned Chinese carpenter, craftsman and engineer of the Zhou Dynasty, Luban Workshops now carry the ancient Chinese spirit of craftsmanship across Africa and inspire young creative minds.

For the final leg of our journey, we traveled to the east coast and found our way to a Luban Workshop lab on the Durban University of Technology (DUT) campus. 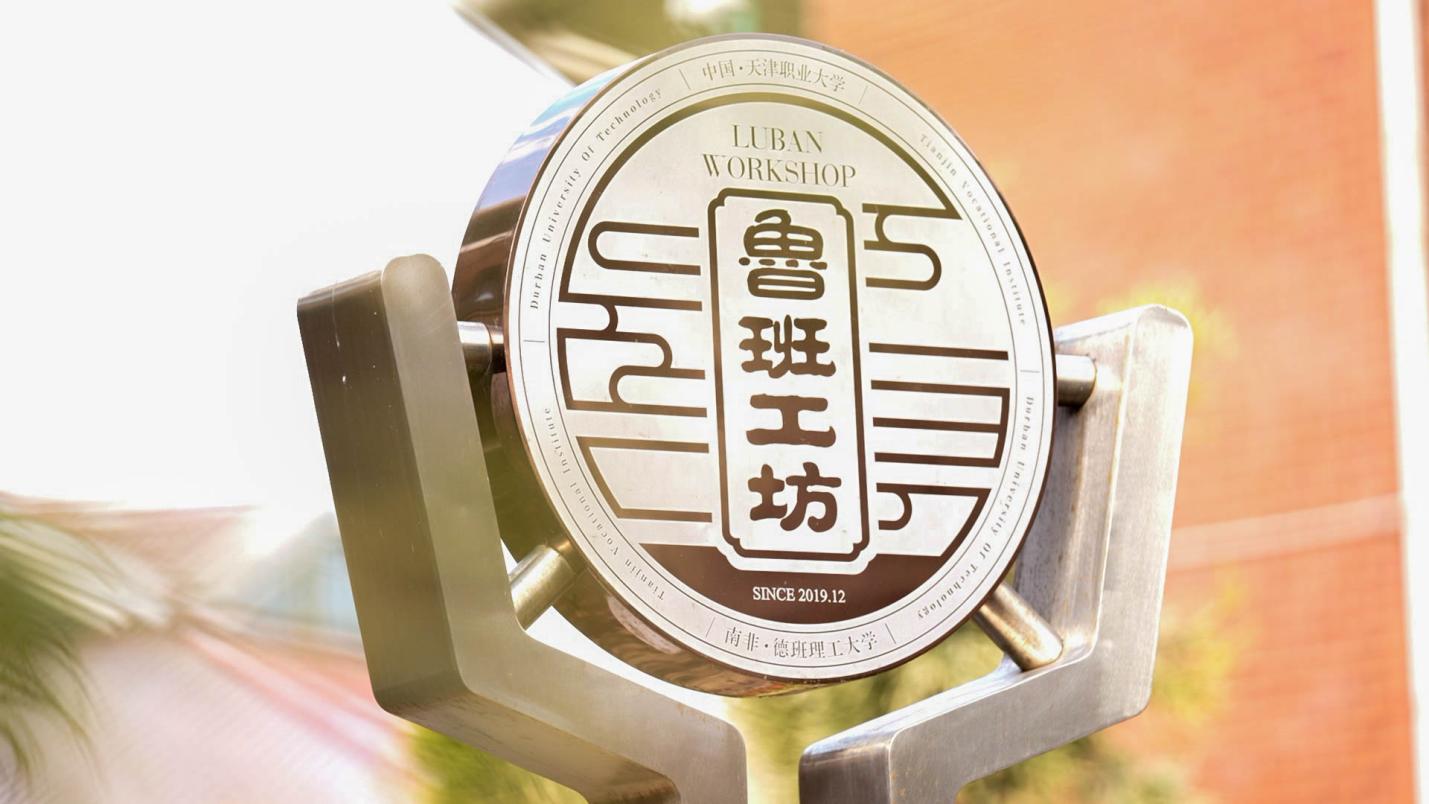 A Luban Workshop monument on the campus of Durban University of Technology in South Africa marks the launch of its collaboration with the Tianjin Vocational Institute in December 2019. /CGTN

A Luban Workshop monument on the campus of Durban University of Technology in South Africa marks the launch of its collaboration with the Tianjin Vocational Institute in December 2019. /CGTN

The collaboration between the Tianjin Vocational Institute of China and the DUT gave birth to this Luban workshop, the first of its kind in South Africa.

It is also where youthful dreams come true, where students learn new skills, find jobs and address pressing concerns facing South Africa today. It is here that students can ultimately contribute to the future of their country.

This workshop is led by Professor Ebrahim Asmal, lecturer in computer science at the DUT.

As he showed us around, we could see that the lab is well equipped for studies in 3D printing, industrial modeling and Internet of Things technologies. 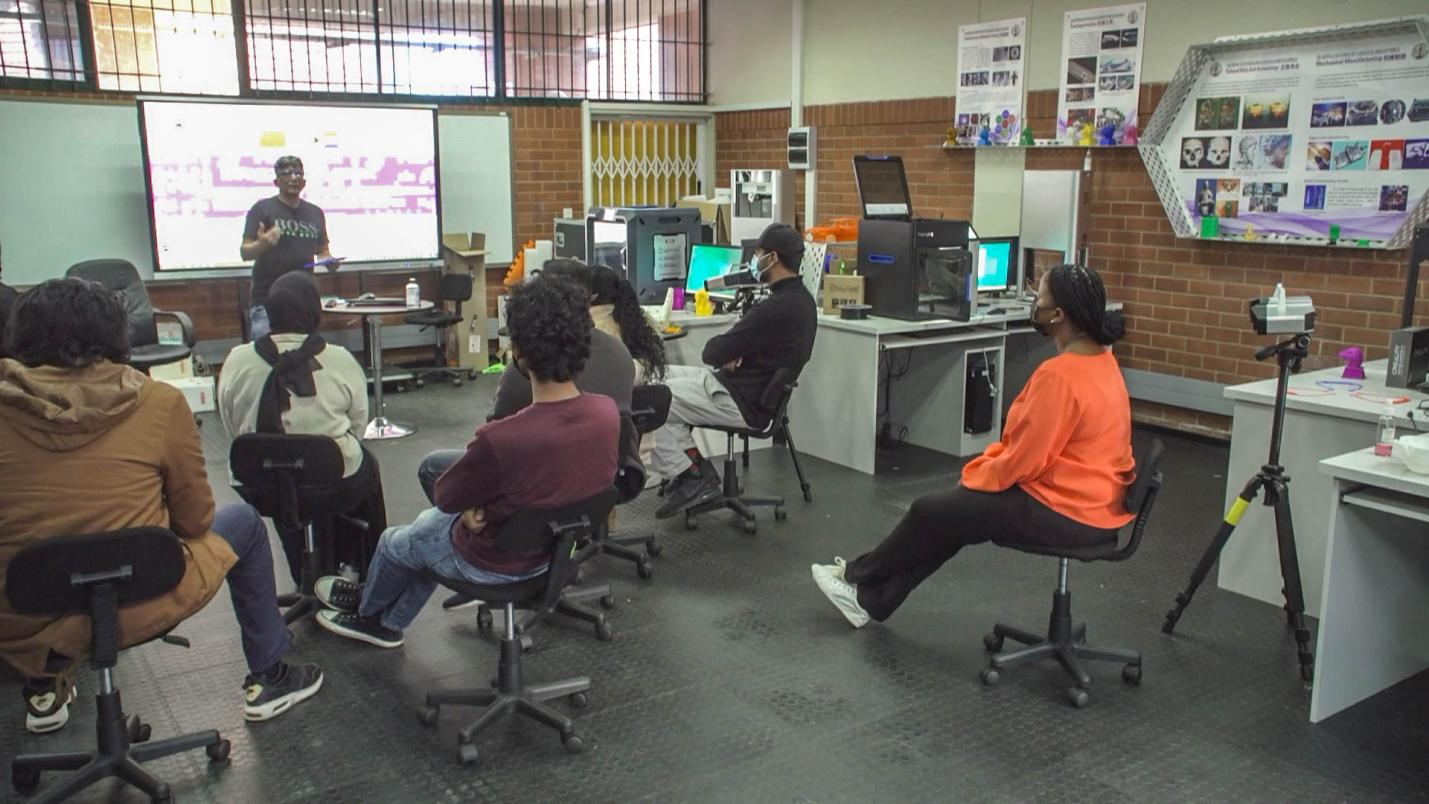 A Luban workshop at Durban University of Technology in South Africa aims to train students in computer skills. /CGTN

A Luban workshop at Durban University of Technology in South Africa aims to train students in computer skills. /CGTN

Professor Asmal said the aim of the program was an exchange of skills in information and communication technologies. It aims to prepare students for the market in an environment that is shifting from industry and manufacturing to a knowledge-based digital economy.

Undergraduate student Shivad Krishna showed me a face shield they designed in 2019 when COVID-19 first emerged. They went through several prototyping attempts before coming up with a practical model.

He said the experience taught them that they can help people when they “come together as one”.

And for me, this trip shows the meaning of common development. It is about joining hands as colleagues, partners and friends, and ushering in a new era that extends beyond trade and economic development. And for China and South Africa, it will inevitably be an era of great transformations.